Edwin Hawkins, the four-time Grammy® Award-winning leader of The Edwin Hawkins Singers’ 1969 million-seller, “Oh Happy Day,” died January 15 at his home in the Bay area, after a bout with pancreatic cancer.  He was 74 years old.

“It is with deep sadness that we announce the passing of Dr. Edwin Hawkins –– a celebrated artist, innovator, and music icon. Though he will be greatly missed the world over, the message of love, life, and encouragement that he incorporated into his music gives us all the same hope that we’ll join him in heaven and sing `Oh Happy Day.’”  Hawkins Family official statement.

“Edwin Hawkins was not only a musical hero to me but he came to be a mentor and a close friend, “ said Grammy® winning singer/producer, Donald Lawrence. “His group also had a huge influence on Richard Smallwood who has known Edwin since Richard was 19 years old.” Smallwood adds, “Edwin changed the face of gospel music and helped create a fresh sounding genre that spread around the entire world. He was a humble and kind spirit that not only encouraged others who were privileged to meet him, but also inspired millions to be daring in their creativity.”

Hawkins is survived by his siblings Carol, Freddie, Daniel, and Lynette.  Funeral arrangements are pending.

Here's a piece from NPR about the boundary-breaking success of Oh Happy Day. 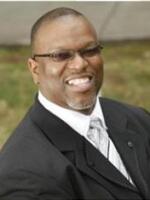