PNC Bank and Jazz 91.9 WCLK celebrate Atlanta's African American Business Leaders-Rashid Nuri.  Nuri was born in Boston, the son of a military officer he attended 14 schools before the family settled in San Diego. Rashid obtained his undergraduate degree from Harvard and master’s degree in Plant/Soil Science from the University of Massachusetts. During his studies Nuri helped to install the first organic community garden in San Diego. Following graduation he moved to Georgia where he managed 13,000 acres of farm land for the Nation of Islam. He went on to managed operations in Asia and Africa for Cargill a global agribusiness conglomerate. In the Clinton Administration Nuri served as Deputy Administrator for the US Dept. of Agriculture. Today, the CEO of Truly Living Well Center for Natural Urban Agriculture (TLW), Rashid creates jobs, streamlines health care and builds community, one vegetable at a time. PNC Bank celebrates Atlanta’s African American Business Leaders on February 24 at the Center for Civil and Human Rights at 7:30 AM.  Click here for more information about that event.

For more information about Rashid Nuri, check out an interview with him from Creative Loafing here. 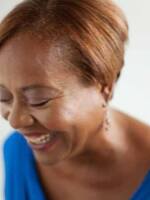