Rest in power to the great bassist, vocalist and songwriter Michael Henderson. I had the chance to interview him years ago and there was so much to talk about. His story is probably one of the most intriguing stories in pop music. From playing bass for a succession of Motown artists while still a teenager, to being coaxed by Miles Davis himself to join his Jack Johnson-era band from Stevie Wonder's band. He wrote and sang one of the greatest Quiet Storm classics You Are My Starship with Norman Connors. He featured in classic duets with Roberta Flack, Phyllis Hyman and Jean Carn. He released eight seminal solo records, where many sit as classics. Just a prodigious cat who was touched by God. 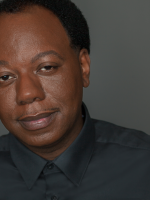